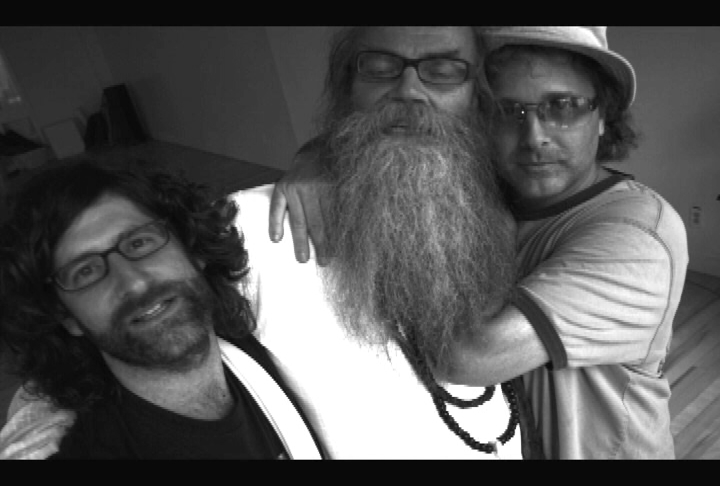 Bhagavan Das came to fame in the best-selling book “Be Here Now” by Ram Dass, the Harvard professor fired with Timothy Leary for their LSD experiments in the 1960s. He is the seeker who led Ram Dass to the feet of his guru- Neem Karoli Baba. “Be Here Now” was a key document in the hippie movement and in 20th century spiritual literature, helping to bring Eastern spirituality to the West. 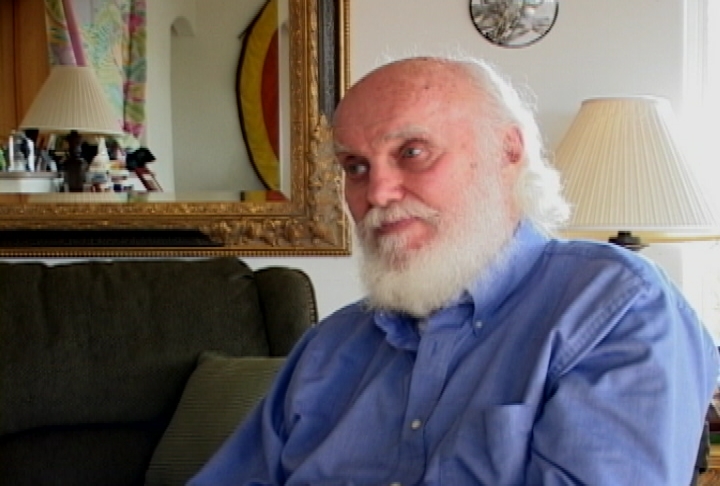 While writing his first book- Soulshaping: A Journey of Self-Creation- spiritual seeker Jeff Brown became connected to Bhagavan Das. Profoundly impacted by the effect of Bhagavan Das’ chant on his inner life, Jeff invited him to stay in his home when he was coming to Toronto to lead a Nada Yoga workshop and Kirtan Chant at Jivamukti Yoga. Soon thereafter, Jeff and his best friend, Paul Hemrend, agreed to make a film about Bhagavan Das and Jeff’s relationship to him. Shot in home spun, they began filming Karmageddon in June, 2005. With brilliant appearances by Ram Dass, yogis Seane Corn, David Life, David Newman, and chanters Robert Gass, Wah, Deva Premal and Miten, Karmageddon is an unforgettable P-O-V investigation of contemporary Western spirituality.

Karmageddon roots its inquiry in Jeff’s very powerful, subjective journey with Bhagavan Das. This journey traverses all manner of interactive terrain: shadow and light, heart and soul, psychological and spiritual, the sacred and the profane. Divided into three sections (reflecting 3 Bhagavan Das visits to Jeff’s home), the film moves from the light to the shadow before culminating in a sacred balance. In the end, Jeff is ultimately forced to look inward and inquire into his own piece in the karmic puzzle- “Who am I in this” and “Who is this in me?”

Rivetingly personal and profoundly universal, the film illuminates and explores many of the questions that confront spiritual seekers at every stage of the journey: What is enlightenment? Do gurus have a place in our lives, or are they simply stand-ins for what we resist finding in ourselves? Why do we project God onto others? Can someone be enlightened if they have questionable ethics? Must there be congruity between the teachings and the teacher’s personal life? What is abuse of authority in the context of spiritual teaching? What is the relationship between emotional and spiritual health? How does the unresolved emotional life manifest itself in our daily lives? Is enlightenment distinct from the world of feeling, or inclusive of it? Can we transcend if we don’t include? Why do we summon certain experiences and lessons into our lives? What is the difference between ungrounded spirituality- “the spiritual bypass” and grounded spirituality- “Ascending with both feet on the ground? How can we bridge the quest for essence and unity consciousness fundamental to certain eastern traditions, with the quest for a healthy self-concept intrinsic to the western psychotherapeutic revolution? What is the relationship between mysticism and psychological health? The God-self and personal identifications? When does the idea that “everything is a projection” become an ungrounded defence against wrongdoing? What is the distinction between unfair judgement and healthy discernment? How can we honor and express justified anger, without doing more damage? What is a healthy idea of non-duality, one that does not conveniently exclude the emotional body, the entire ego, personal identifications? How can we be connected to ‘the everything’ while still being healthily boundaried and individuated as to purpose? Can you be in the “now” if your consciousness is still back in the “then”? What does it look like to honor the divine feminine without also seducing her? What is the awakened masculine’s relationship to the divine feminine?

Karmageddon is not a sleepy documentary. You can leave your pillow at home.

Here is a review of Karmageddon in Elephant Journal..

And here is a discussion of Karmageddon by Oriah Mountain Dreamer.. 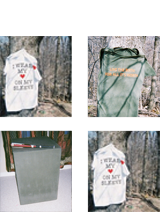